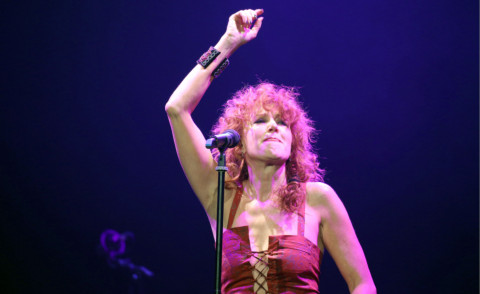 CATANIA – The Metropolitan Theater of Catania has opened its curtain on the scene of a concert of one of the most beautiful voices in Italian song, it is the concert of FiorellaMannoia.

The following musicians will accompany her on stage: Diego Corradin on drums, Claudio Storniolo on piano and keyboards, Luca Visigalli on bass, Max Rosati and Alessandro “DOC” de Crescenzo on guitars, and Carlo Di Francesco on percussion and the musical direction of everything the show.

The artist has interpreted the songs that have marked his career, from the beginning up to the last album “Padroni di Niente”.

Fiorella Man managed to reconstruct that magical atmosphere that only her extraordinary voice was able to create within a theatrical setting, made up of a magical and spectacular play of lights.

As promised, she gave the public a breath of fresh air and lightness to hearts and minds, without losing sight of the fundamental issues that haunt humanity in this very difficult historical-social moment. She did it with intelligence and elegance, just as she usually places herself in front of the topics that are close to her heart. She chose in his lineup, all those songs that gave us memories of the 80s, they reminded us of some of his colleagues who are no longer there, they reminded us of the theme of war and how unfair it is.

Attending the concert of FiorellaMannoia, for the spectator, seems like sitting in the living room of their own home and listening to the songs and having a chat with her. In fact, the artist creates a direct relationship with the viewer, talks to him, shares his thoughts, his feelings … and the magic lies in the fact that the viewer always recognizes himself in his songs.

FiorellaMannoia is not only listened to, but it is also a pleasure to see her dance with such grace … With her sophisticated ways she moves the air, accompanies the notes of the music, interprets the deepest feelings … and it is immediately Poetry. After all … the stage, the words, the music, the show create a scenario in which the viewer becomes the protagonist together with the artist, to get excited together. It was just all of this … an elegant evening of excellent music, with a special friend.